2021 Year in Review: Leading in Valuation Theory and Practice

2021 Year in Review: Leading in Valuation Theory and Practice

Posted by test.worldly.strategies on January 26, 2022 in

During 2021, the Griffing Group was selected to provided valuation consulting, expert testimony, and thought leadership in many high profile matters. Click below to read some examples that highlight the depth and breadth of our expertise:

The American Society of Appraisers formed a committee to oversee the publication of the 6th edition of Shannon Pratt’s Valuing A Business. The committee asked David Clarke, ASA and Joseph Thompson, CFA, ASA to co-author two chapters on key valuation issues in shareholder and partnership litigation. First published 40 years ago, Valuing a Business is the most widely-read and respected text for the valuation profession. David and Joe’s chapters, which include analysis of many landmark valuation cases, are a must-read for litigators and corporate attorneys. The committee selected the Griffing Group in recognition of the firm’s vast experience and success in shareholder and M&A litigation before the Delaware Court of Chancery. The 6th edition of Valuing a Business will be published in March.

In an article published in Business Valuation Update, Joseph Thompson, CFA, ASA explored the financial underpinnings of one of the most remarkable Wall Street stories in recent memory. “What Business Appraisers Can Learn from the GameStop Saga” offers technical analysis and practical takeaways from the stock pricing scandal that pitted hedge funds against retail investors and dominated headlines for weeks. Read the article in full.

Daniel Van Vleet, ASA was retained in multiple class action matters involving the sale or purchase of employer equity securities by or from employee stock ownership plans (ESOPs). These matters typically involve a series of complex transactions in which the purchase agreements, corporate governance, and trustee’s fiduciary duties are at issue. In addition, these transactions frequently include complex capital structures, derivative securities, synthetic equity, preferential distributions, and seller-issued debt. These cases rest on claims of breach of fiduciary duty as well as violation of the adequate consideration and prohibited transaction provisions of ERISA. Dan is providing expert testimony and valuation services in these matters with substantial assistance from David Neuzil, CFA, ASA.

David Clarke, ASA, with assistance from David Neuzil, CFA, ASA and Elise Scoles, issued a fairness opinion to the trustee of the West Suburban Bank ESOP in connection with Old Second Bancorp’s $300 million acquisition of West Suburban Bancorp. The Griffing Group found that the terms of the transaction were fair from a financial point of view, and represented not less than adequate consideration, to the ESOP. The trustee selected the Griffing Group because of our significant experience in valuing financial institutions and providing valuation consulting to ESOP trustees and participants.

Two business partners built a commercial real estate empire over the course of several decades but found themselves at an impasse when their visions for the company diverged. When the controlling shareholder began taking steps to force out his minority partner, the latter retained legal counsel and sought valuation advice from the Griffing Group. William McInerney, ASA assisted the minority partner and his attorneys in navigating the complex economic structure and web of entities that were used to manage the company’s more than $1 billion in real estate assets. The parties negotiated for more than 15 months as the threat of litigation loomed from both sides. With the benefit of clear and insightful valuation analysis from the Griffing Group and strong legal representation, the minority partner obtained favorable exit terms and avoided the costs and uncertainty of litigation.

The Griffing Group provided valuation consulting to the owners of an NBA team to assist in structuring several ownership transactions. The engagement began prior to the onset of the COVID-19 pandemic, and over the course of 18 months, Daniel Van Vleet, ASA assisted the owners in analyzing the impact of the pandemic on the value of the team.

In addition to examining valuation multiples paid in NBA team transactions both before and during the pandemic, Dan worked closely with the team’s executives to model the economic damages suffered by the league and the team as a result of lost games, reduced seating capacity, and shifting operating costs. In addition, historical comparisons were drawn to the change in NBA team valuation multiples observed before and after the Great Recession that began in 2008. Dan was assisted by William McInerney, ASA and Paul Skluzak.

The Griffing Group was retained by Bardy Diagnostics, the seller in a $500 million transaction, and its counsel, Wilson Sonsini, in an expedited trial in the Delaware Court of Chancery in May. Medical equipment provider Hillrom attempted to back out of its purchase of Bardy, claiming that a reduction in the Medicare reimbursement rate for Bardy’s cardiac-monitoring technology qualified as a “Material Adverse Effect” (MAE) under the purchase agreement.

Bardy filed suit, seeking a court order to force Hillrom to close the transaction. Bardy argued that an MAE had not occurred because the risks associated with the Medicare reimbursement were previously known to Hillrom; the change in Medicare rates was specifically addressed in the purchase agreement; and that Hillrom hedged the effect of a reduction in the Medicare rates that would have resulted in lower earn-out payments. Furthermore, Bardy was not disproportionately affected by the change in the Medicare reimbursement rates, compared with similarly situated companies.

The Court relied on the expert testimony of William Jeffers, CFA in ruling that an MAE had not occurred and that Hillrom would have to complete the acquisition as originally agreed. Bill was assisted by Joseph Thompson, CFA, ASA and Elise Scoles.

Following the expert testimony of Joseph Thompson, a lawsuit involving the sale of an FCM with significant exposure to China was successfully settled

Joseph Thompson, CFA, ASA provided expert testimony in the November 2021 trial of Hao v. Nanhua USA Holding LLC. The case centered around the valuation of an equity interest in a Chicago-based futures commissions merchant (FCM), Nanhua USA Holding LLC. The company was majority owned by Nanhua Futures Co., Ltd., a Chinese futures broker with more than 30 branches in China and subsidiaries located in Asia, America, and Europe. Shortly following Joe’s testimony, the matter was successfully settled prior to any testimony from the opposing expert.

The Griffing Group was retained to value one of the largest multi-national Subchapter-S corporations in the United States. The engagement presented a variety of complex challenges in the areas of international taxation, product regulation, socioeconomic and political factors, and competitive dynamics. Daniel Van Vleet, ASA was chosen to lead the project based in part on his 20-plus years of leadership on the subject of pass-through entity valuation. The Van Vleet Model, authored by Dan in 2001, is the most widely-used method for valuing pass-through entities and was used extensively in the engagement. Dan was assisted by William McInerney, ASA and Paul Skluzak. 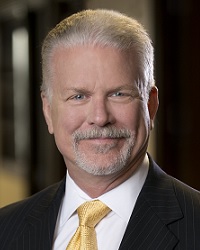 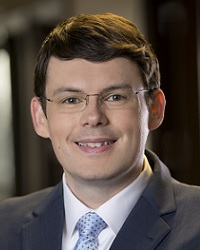 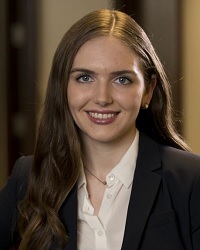 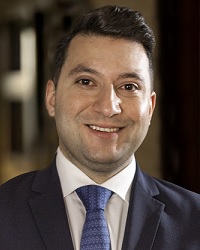